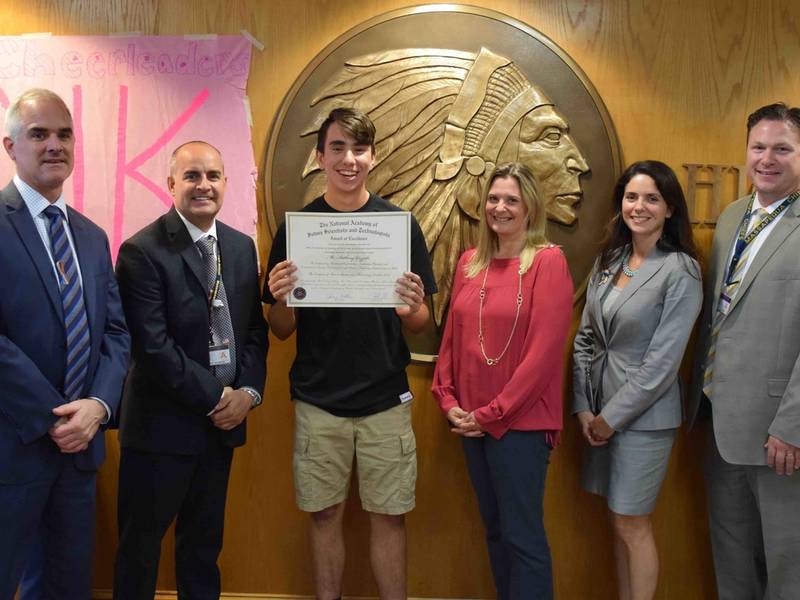 MASSAPEQUA, NY – From Massapequa Public Schools via Syntax: Sophomore Anthony Gazzola represented Massapequa High School at the Congress of Future Science and Technology Leaders in Boston. He was joined by high school students from across the nation who share his passion, ability and potential.

While attending the program, Anthony was taught by some of the greatest living minds in science and technology including Nobel Prize and Presidential National Medal of Science recipients, Google Science Fair winners, inventors, doctors and researchers.

For his participation, Anthony received an Award of Excellence from the Science Advisory Board of the National Academy of Future Scientists and Technologists, which was presented to him by Massapequa High School Principal Patrick DiClemente.